Stress is called the “disease of civilisation”. Philip Zimbardo in his Psychology and Life traces four inter-related levels at which we react to the pressures exerted upon us from our environment. The four are: the emotional level, the behavioural level, the physiological level and the cognitive level.

The emotional responses to stress are sadness, depression, anger, irritation and frustration. The behavioural responses are poor concentration, forgetfulness, poor interpersonal relations and lowered productivity. The physiological responses consist of bodily tensions, which may lead to headaches, backaches, stomach ulcers, high blood pressure and even killer diseases. At the cognitive level, one may lose self-esteem and self-confidence, which leads to feelings of helplessness and hopelessness. At worst, such a person may even end up committing suicide.

In order to understand stress, let us consider the various environmental factors which exert pressure on modern man. In this present age, the very survival of the species is threatened by the possibility of a nuclear war. Population explosion threatens humans with severe food shortages; at present even a large segment of the human population is undernourished while others are dying of starvation and malnutrition. Environmental pollution causes severe health hazards, including mental and physical retardation. Unemployment among the skilled is a growing global problem. The pace of life has become so hectic that man is simply rushing from one task to another without pause. This is really paradoxical in an age when labour-saving devices are freely available and are in use to an unprecedented degree. Competition for educational and employment opportunities is so severe that it has contributed to the increase in suicide rates. The enjoyment of sense pleasures has become so obsessive although it is akin to drinking salt water to quench thirst. Constant stimulation of the senses is today considered a necessity. Sense stimulation goes on unrestrained but satiation is far from achieved. It is no wonder that man, caught up in all this, is terribly confused and frustrated, and his life is intolerably stressful. This is the situation Buddhism describes as “tangles within and tangles without, people are enmeshed in tangles.”

While the above observations were made from the perspectives of modern studies and contemporary conditions, Buddhism makes similar observations from a psychological perspective. Man experiences stress and suffering because of five psychological states which envelop his whole personality. They are called nivarana in the Pali language, meaning “hindrances”. They hinder happiness and overcloud man’s vision of himself, his environment and the interaction between the two. The thicker and more opaque these hindrances, the greater the stress and suffering man experiences. The thinner and more sparse these hindrances, the less his suffering with a corresponding increase in happiness. These five hindrances are the desire for sensual pleasures, anger, indolence, worry and doubt. The Pali canon illustrates the effect of these hindrances with the help of five eloquent similes. The mind overpowered by the desire for sense pleasures is compared to coloured water which prevents a true reflection of anything on the water. Thus a man obsessed with the desire for sense pleasures is unable to get a true perspective of either himself or other people or his environment. The mind oppressed by anger is compared to boiling water which cannot give an accurate reflection. A man overpowered by anger is unable to discern an issue properly. When the mind is in the grip of indolence, it is like moss-covered water: light cannot even reach the water and a reflection is impossible. The lazy man does not even make an effort at correct understanding. When worried, the mind is like wind-tossed turbulent water, which also fails to give a true reflection. The worried man, forever restless, is unable to make a proper assessment of an issue. When the mind is in doubt it is compared to muddy water placed in darkness which cannot reflect an image well. Thus all the five hindrances deprive the mind of understanding and happiness and cause much stress and suffering.

Buddhism puts forward a methodical plan of action for the gradual elimination of stress and the increase of happiness and understanding.

The first step recommended in this plan is the observance of the Five Precepts comprising the abstention from killing, stealing, illicit sex, falsehood and intoxicants. Stress is greatly aggravated by guilt, and these precepts help man to free his conscience from the sense of guilt. The Dhammapada says the evil-doer suffers here and hereafter; on the other hand, the man who does good deeds rejoices here and hereafter.

Buddhism firmly believes that evil increases stress while good increases happiness. In addition to the observance of the Five Precepts throughout life, Buddhism advocates the periodical observance of the Eight Precepts by laymen. These additional precepts attempt to train man for leading a simple life catering to one’s needs rather than one’s greed. A frugal mode of life where wants are few and are easily satisfied is highly extolled in Buddhism. It is the avaricious and the acquisitive mentality that is responsible for so much stress that we experience.

The next step in the process of training is the control of the sense faculties. When our sense faculties are uncontrolled, we experience severe strain. We have to first understand what is meant by being uncontrolled in the sense faculties. When a person sees a beautiful form with his eyes, he gets attracted to it; when he sees an unpleasant object, he gets repelled by it. Similarly with the other senses too. Thus, the person who has no control over his senses is constantly attracted and repelled by sense data, as during waking life, sense data keep on impinging on his sense faculties constantly. When pulled in different directions by sense stimuli, we become confused and distressed.

Our sense faculties have different spheres of activity and different objects, and as each sense faculty is a lord in its own sphere, and as they can separately and collectively dominate man, they are called in Pali indriyas, meaning “lords” or “masters”. If we allow the sense faculties to dominate us, we get terribly confused. If we assert ourselves and control our sense faculties, we can have unalloyed pleasure (avyasekasukha), so called because this pleasure is uncontaminated by defilements. It is also called adhicittasukha, meaning “spiritual pleasure”. Whereas sense pleasures increase stress, this type of spiritual pleasure reduces stressfulness while increasing peace of mind and contentment.

The third step in the management of stress is the cultivation of wholesome mental habits through meditation (bhavana). Just as we look after and nurture our body with proper food and cleanliness, the mind too needs proper nourishment and cleansing. The mind is most volatile in its untrained state, but when it is tamed and made more stable, it brings great happiness. Buddhism prescribes two fundamental meditative methods of mind-training called samatha and vipassana, calm and insight. The former is the method of calming the volatile mind, while the latter is the method of comprehending the true nature of bodily and mental phenomena. Both methods are extremely helpful for overcoming stress.

The Samaññaphala Sutta explains with the help of five appropriate similes how meditation reduces the psychological stress caused by the five hindrances. The man who practises meditation gains a great sense of relief and it is this sense of unburdening oneself that the similes illustrate.

They are as follows: A man who has raised capital for a business by taking a loan, prospers in business, pays off the loan and manages his day-to-day affairs with financial ease. Such a man experiences a great sense of relief. The second simile portrays a man who has suffered a great deal with a prolonged chronic illness. He gets well at long last, food becomes palatable to him and he gains physical strength. Great is the relief such a man experiences. The third simile speaks of the relief a prisoner enjoys after being released from a long term in jail. The fourth is the slave who gains freedom from slavery. The fifth simile speaks of a well-to-do man who gets lost in a fearful desert without food. On coming to a place of safety he experiences great relief.

When the stress caused by the five hindrances is eliminated from the mind, great joy and delight arise similar to the relief enjoyed by the men described in the similes. The best and most effective way of overcoming stress is the practice of meditation or mental cultivation. However, as a prelude to that, at least the Five Precepts must be observed.

The cultivation of positive emotions such as loving kindness (metta), compassion (karuna), sympathetic joy (mudita), and equanimity (upekkha) is another means of conquering stress.

Strained interpersonal relations is one of the common causes of stress in household life and at the workplace.

Loving kindness is the positive wholesome attitude one can cultivate to benefit oneself and others in all interpersonal relationships. Compassion is the emotion with which one should regard and help those in distress.

Equanimity is the attitude to be adopted in the face of the vicissitudes of life. There are eight natural ups and downs that we have to face in life. They are gain and loss, fame and lack of fame, praise and blame, happiness and sorrow. If one trains oneself to maintain an equanimous temperament without being either elated or dejected in the face of these vicissitudes, one can avoid much stress and lead a simple life with peace and contentment.

We cannot change the world so that it will give us happiness. But we can change our attitude towards the world so as to remain unaffected by the stresses exerted by events around us. Buddhism teaches the way to bring about this wholesome change of attitude. 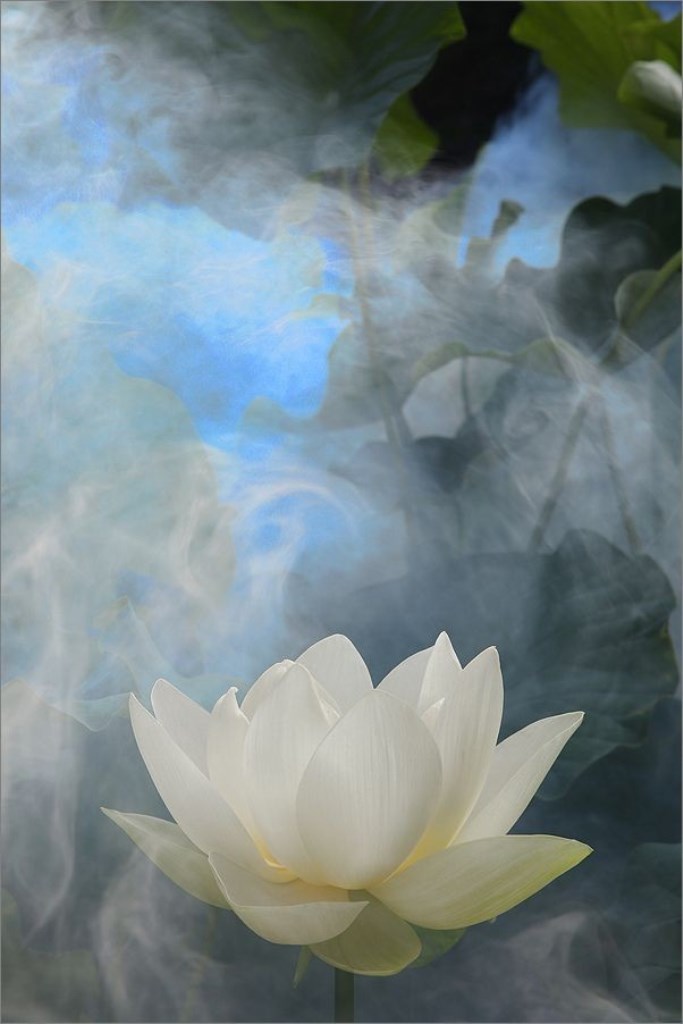