It is just as [something] made into a magical illusion with the power of an incantation (mantra) appears as the self of an elephant. A mere appearance (ākāramātra) is there, but the elephant does not exist at all. The fabricated nature is the elephant; the dependent is its appearance (ākrti); and the non-existence of an elephant there is the perfected. In the same way, the fabrication of what does not exist appears as the self of duality from the root mind. The duality is utterly non-existent. A mere appearance (ākrtimātraka) is there. The root-consciousness is like the incantation. Suchness (tathatā) is understood to be like a piece of wood. Construction (vikalpa) should be accepted to be like the appearance of the elephant. The duality is like the elephant. 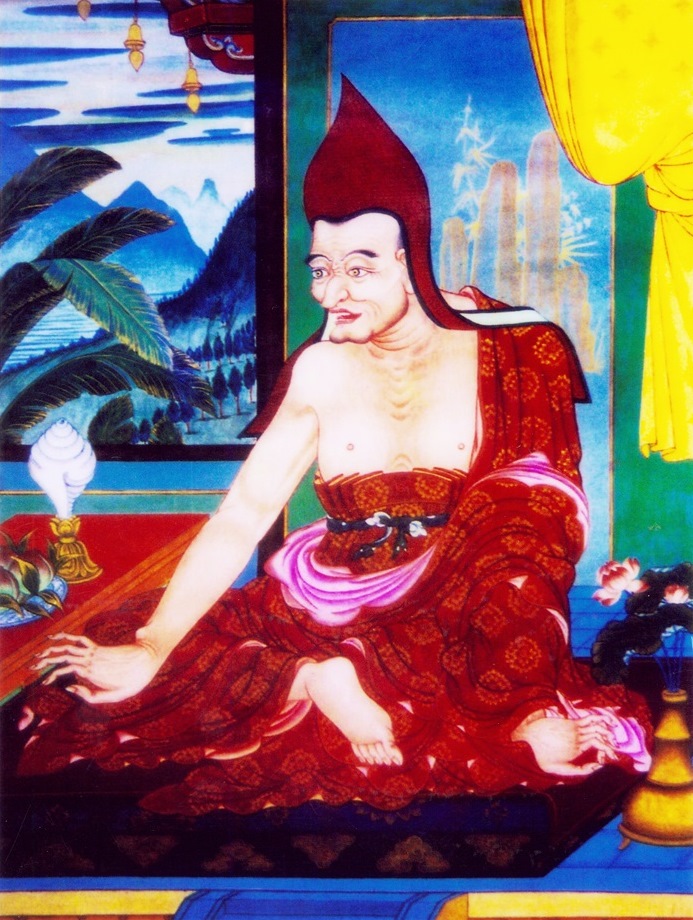